A downloadable game for Windows

It is the story of a girl, Bony, entering an abandoned mansion to rescue her friends and her cat Boneko. Once inside, she finds him transformed into a hat with strange new powers. They have to team up and explore the mansion to find the others and restore Boneko's original appearance.

The project has been rebooted in October 2017, one year after the release of the original prototype, which was itself made one year prior.
This new version of Boneko will be a full paid game, featuring a new story, with new characters and enemies (with bosses this time!), and new challenges.

A devlog is posted at least every Saturday, showing a GIF of what is in the works. Feedback is much appreciated as nothing shown is set in stone!

This is a prototype made in 2015 with a different story and less content, made with Game Maker: Studio.

Is this game still in developing ? Because it has potential in my opinion

still bad since there still is no save and the game freezes when you die.
only chance is to close the window.
opening it again shows that all pogress is gone :-/

Hi I love your game! It was really fun. Would kill for a Boneko hat hoodie lol.

when will it be finished?

When it's ready, as they say.

I loved this game. Cats are freaking cute!!!

I really love this game!

I have just one problem, when the Witch gets me while I'm in this basket the game freezes and the music stops completly. No input is accepted but the surrounting animations continue

I play with fullscreen Windows 10 64Bit.

So I personally loved this game, even with the frustrations I had at the end and a game crash. Seeing as how this is a prototype I can forgive it, and seeing all the screen shots and footage make me really excited about what the game will be like when it's out. I'll be keeping tabs on this game for sure.

Hi, any chance for a steam release?

This is very likely.

This is the story of a girl,


who cried a river and drowned the whole world

This is an extremely charming little platformer. Sadly mine crashed before I could reach the end (as can be seen in the video) but the prototype does come with a read me warning stating that this can happen, so I forgive it. Even with that I did really enjoy my time with it, and I will definitely be checking out the full release.

I must say that this game was quite the joy to play.  I haven't played beyond level 1 i'll admit (not enough time to do so...), but so far everything seems great! I admit I had to relearn platforming for a second, since as soon as the character was pressed, she intended to move at a significant pace which caused half of my jumps to fail, but since i'm stuck at nitpicking to point out anything i feel is a fault, you know it's good :)

here is my letsplay where the bug happens. i dont entirely know why but the second basket during the chase simply refused to work.... and the game crashes when the witch catches you......

please add a save function lol

This game is really fun to play. Of course, on the chase part, I did die, but the game froze. But fun none the less. Here's a video.

Reply
Raithias2 years ago
Super fun reminded me of when I was a kid oh so long ago! Playing a game on the NES called a boy and, his blob. Not sure if this is inspired by that in a way or, if it's mere concidence  that I connect the two!
Reply
GlowingDude2 years ago(+1)

i reeeeeally loved this....that is until the game bugs out during the witch chase that forces your to restart the game(all the way from the beginning!!)

As for the witch's chase..... i had to replay this game twice (meaning i played the game a total of 3 times till the witch chase), the first time i got there, i do not know why but the game crashed and the second time, the basket mechanism just refused to work and the worst part was that i could even get out! Aslo, why was there to save function (perhaps an auto save or something?)

Here's my letsplay on it, the bugs happened in part 2 of my letsplay (this is part 1) but i must say, i absolutely enjoyed every bit of this game (until the witch chase), the dialogue was quirky and funny, the level design was good, the enemies were a pain (especially that one eyed thing lol) and the overall mechanism was good!

I enjoyed playing this game, right up to the part where I keep dying to the witch :(

I noticed that if you're not careful, you'll end up missing one of the collectibles (the black/near black boot), due to the placement of breakable blocks that make it hard to get back up to a certain platform :(

Aside from the game freezing at times whenever you lose all your health, this was a nice game to play. I'll be keeping an eye on this one, and look forward to playing the full version when it's out :)

This was sooooo good! I'm always drawn to old school platform / action games, being of the Sonic and Mario generation (that seems weird to say since those guys span so many generations).

Anywho, this is adorable. And fun. And adorable. And super hard. And adorable. And a little bit frustrating. But most of all adorable. Honestly, I can't praise you guys enough, and even though I did rage quit once I felt compelled to come back and complete this small demo (mostly because I felt guilty about raging).

I am massively looking forward to seeing what become of Boneko, and I'll be keeping a very close eye on your progress! Keep up the amazing work! =)

This is fun, even the current version, it would be nice to have a save system and I'd just enjoy that, but the new version you're working on looks fantastic. I love the quirky dialogue and ridiculous powers. I was dumb and died at the witch. Game froze as warned. 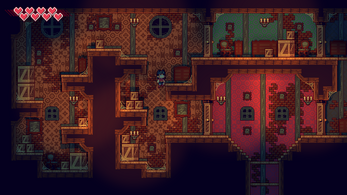 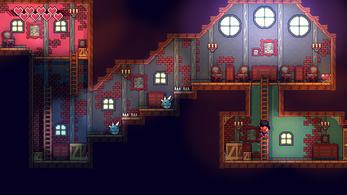 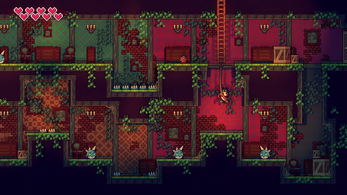 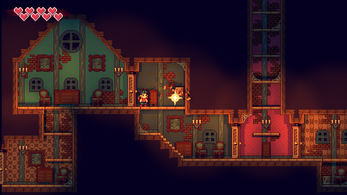 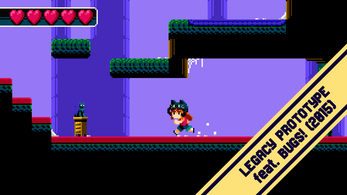